It's been a tough week this week and not much time for blogging or visiting blogs unfortunately but hopefully next week will run smoother…..family life doesn't follow a plan does it?

Today i am joining Rhonda with her Friday ‘on my mind' feature. Although this photo was taken at the beginning of the week it is on my mind today as it reminds me that there WAS fun, laughter and joy in this week and also because it is a major breakthrough for Ruby as she touched and even ate some spaghetti without gagging and vomiting! 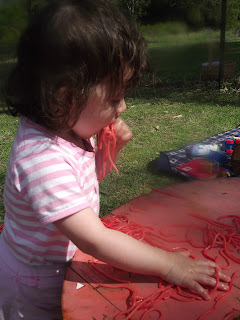 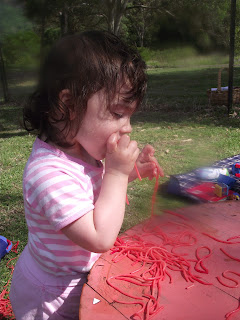 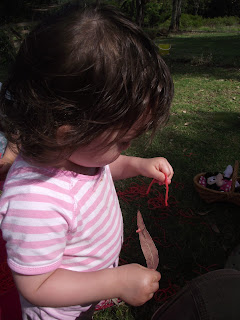 Ruby had severe reflux (as did Tara) for the first year of life and only now are we beginning to wean off medication. Unfortunately Ruby was a huge vomiter and when we progressed to lumpy foods she had a hard time with much gagging and projectile vomiting. Long story short we think she developed an oral food aversion due to this and she is awfully difficult now to get food into. Anything that looks different, smells different or is a different texture than she is used to often induces much gagging and food refusal.

I have been trying to introduce lots of sensory play in the last month and am suprised at the progress she is making. She is beginning to touch new things now although she always still places them to her nose for smelling first (fascinating to watch!) I was just over the moon to see her begin to play with the coloured spaghetti and eventually put it to her mouth and even take some tentative nibbles.

This week we have also done some fingerpainting with cornflour paint and vegetable dye……. 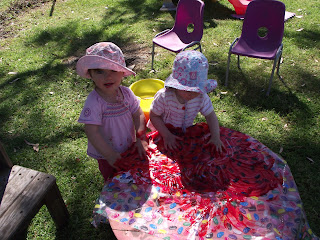 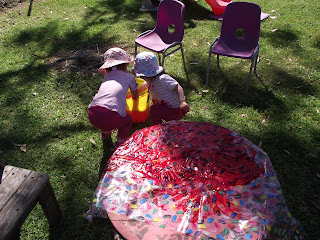 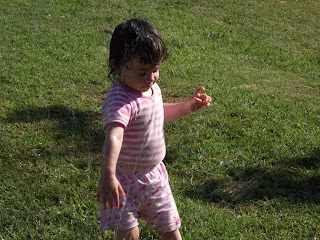 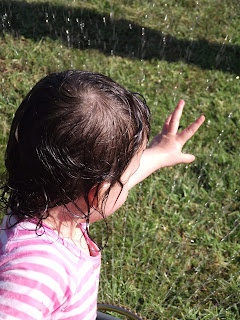 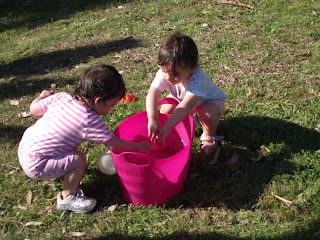 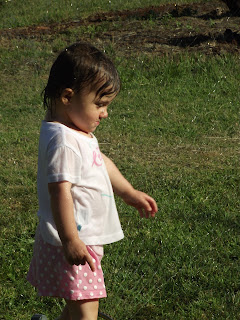 and we also had fun with a sensory bucket filled with dry pasta shapes and items collected on a walk such as leaves, feathers etc….we were having so much fun i forgot to get the camera out though!

As we went walking we also noticed the pretty apple blossoms…. 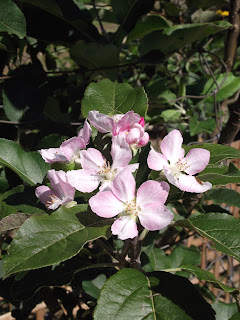 and our first ever apples beginning to grow….how exciting! 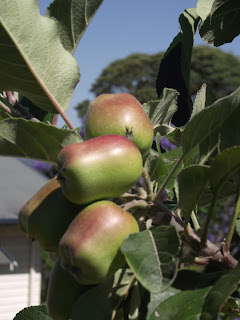 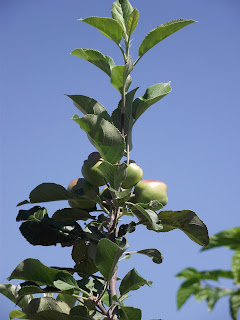 The mandarin tree is also beginning to recover after repeated wallaby attacks! 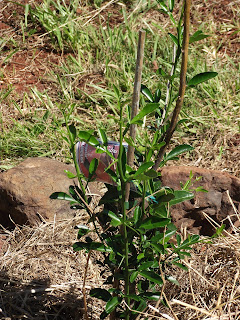 I am having to revisit how often i had hoped to blog…..i was aiming for every day or at the least every second day but i'm often not getting the opportunity with so many jobs to get done while the girls nap so i will just try and aim for what i can do and take the pressure off. This blog is after all meant to be something enjoyable and not meant to be a chore.
Thank you to all who have ben reading, dropping by regularly and even commenting in these first few weeks! I'm still finding my way and what direction i want this blog to take; but for now i am having fun just being me and hopefully giving others a glimpse into our family life…not exciting by any means, but definately real!
Enjoy your weekend, wherever you are in this world of ours!
Jode x
« Vegie garden wander….
Weekend beginnings…. » 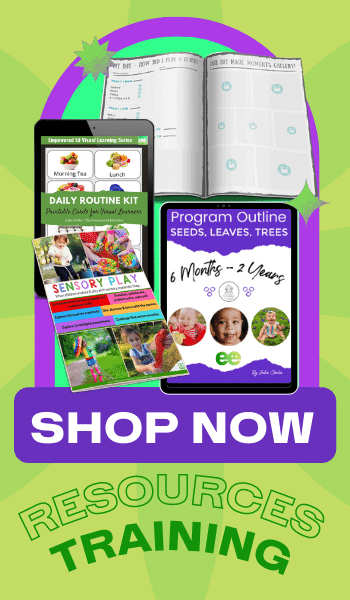