As a parent and also as someone who has a background in early childhood development I have found myself becoming increasingly in awe of the twin relationship over the last few months. The toddler twosome have been forming their own little games such as peek a boo, chasey and dancing together since they hit the 12 month mark….i was expecting this…what i wasn't expecting is that one would be ahead on her developmental milestones and 1 would be behind (see this previous post for more information about that topic) 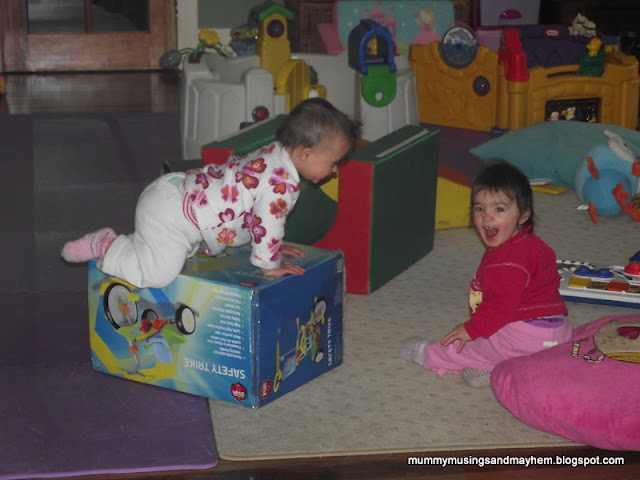 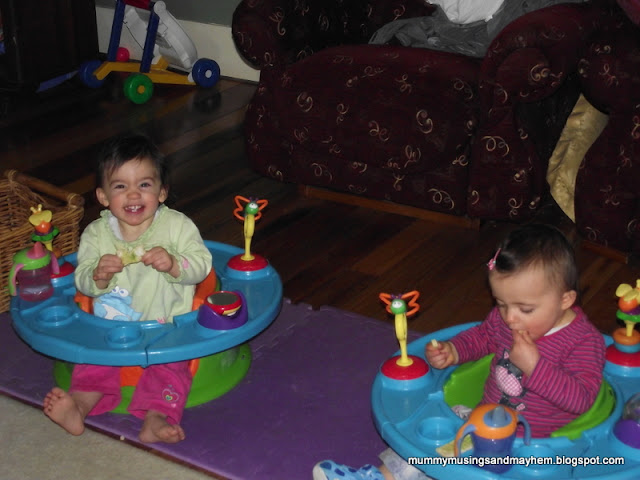 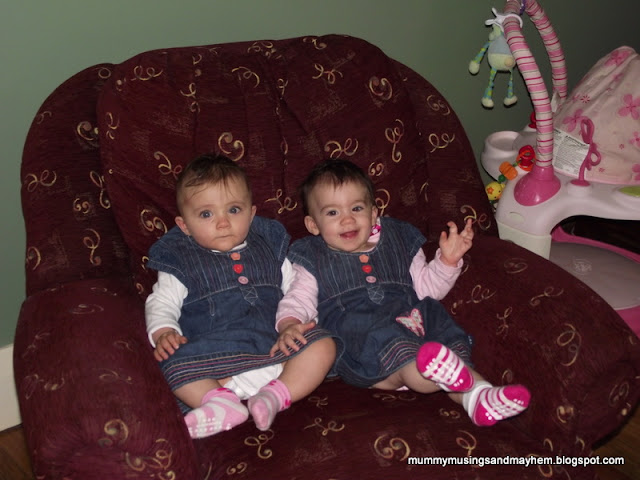 However, what i didn't realise is that as twins they would form their own little coping mechanisms and behaviours to support each other. I have noticed in the last month that Tara knows all of Ruby's favourite books and toys and Ruby knows Tara's. For example; I hand a farm animal or book to Tara and she will often reply ‘Stars' ‘(her name for Ruby) and go to hand it to her while she then chooses her own favourite or preferred toy. Ruby seems to know Tara's as well. 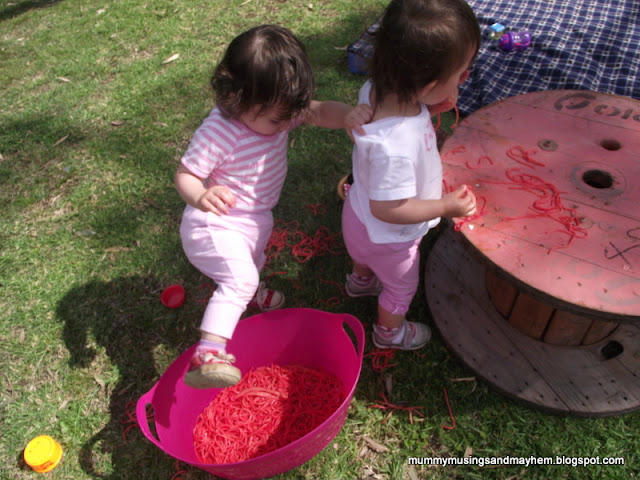 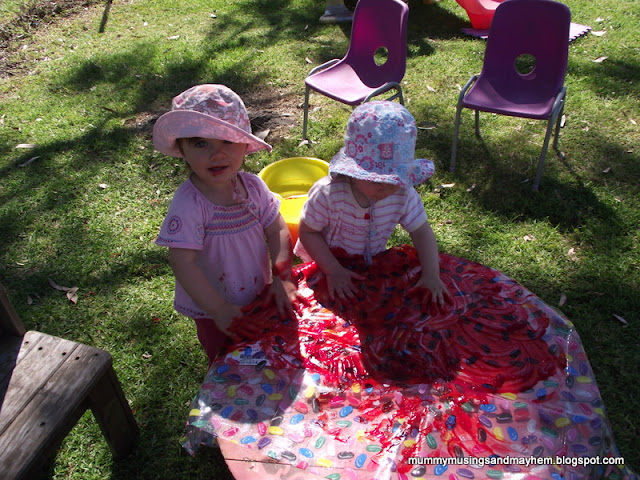 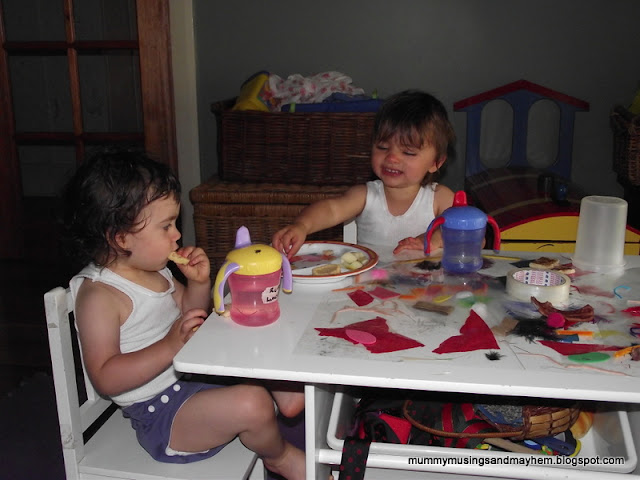 When when is upset or hurting (but funnily not when having a tantrum!) the other will come over very concerned and pat her sister on the back, offer the fav toy of the moment or begin crying herself. Not unusual for any toddlers close in age i know, but to witness it is truly something special and a privilege really. 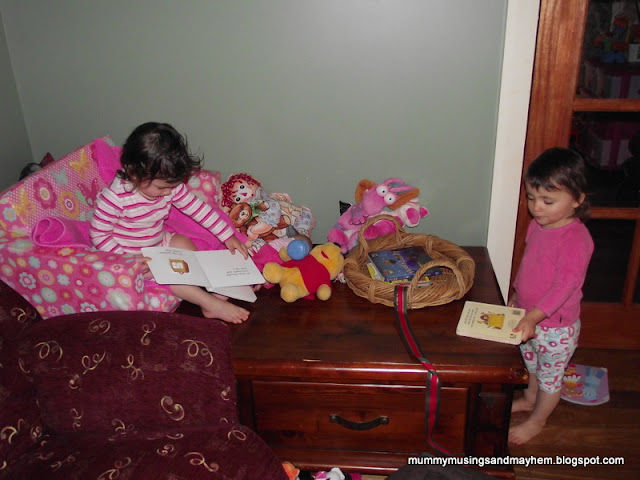 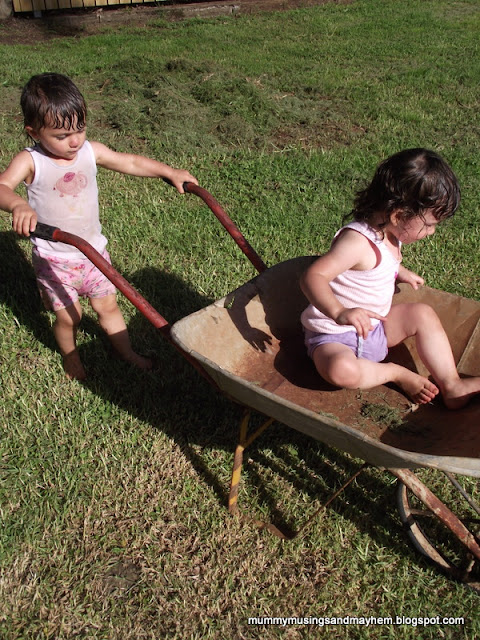 What has me really amazed at the moment though is Tara copying Ruby's speech and sensory difficulties identically! Ruby often reverts to some toe walking…which Tara is now copying (of course I'm not real pleased about it but is intriguing!). Ruby only speaks a few words and Tara can pretty much talk in sentences now….but she is also copying the exact sounds and babble that Ruby is using even though she has never used those sounds before! She seems to be talking to Ruby using the babble and movements that she understands rather than what she uses with the rest of the family. Tara is holding food out to Ruby to try when they are sitting at the table for afternoon tea and often Ruby at least touches it which is more than she will do for me! 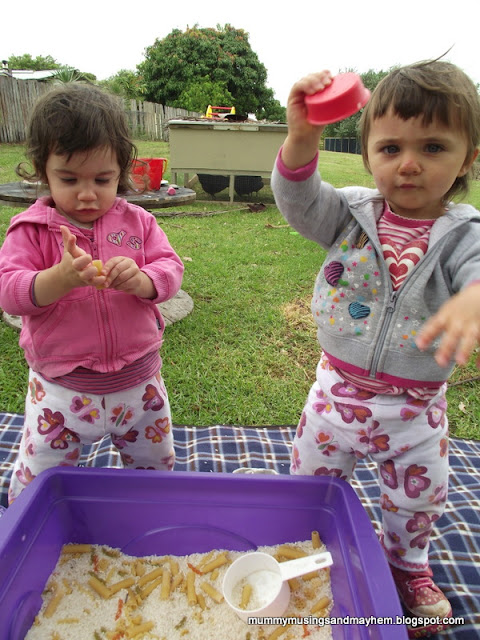 I'm by no means trying to paint a picture of perfection though….they both steal toys off one another and cause the usual tantrums but i can see the bond and love between them and it has made me feel just a little bit less worried about what the future holds for Ruby as we continue to investigate her developmental delays. I now know her sister is going to be there looking after her!

Before the toddler twosome came along i had been the parent to an only child for 14 years…..so I'm not sure if this is behaviour unique to twins and multiples or  whether siblings also display this behaviour….I'd love to hear your thoughts and experiences as it is truly fascinating to watch!I'm wondering if i should be concerned that Tara will regress by copying Ruby's behaviours though? 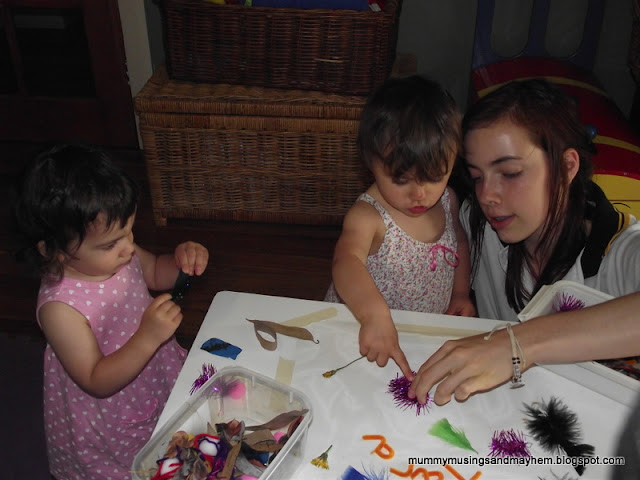 I think having a background in early childhood development has heightened my awareness of and interest in what i am witnessing and perhaps therefore over analysing, but i really am just left in awe of these 2 unique individuals and the bond they share!

It's these moments that make the load a day of washing nappies and clothes and coping with tantrums and tiredness times two worth it!! 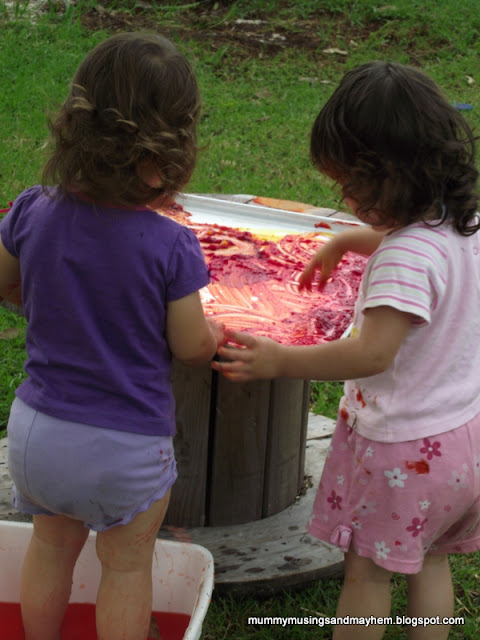 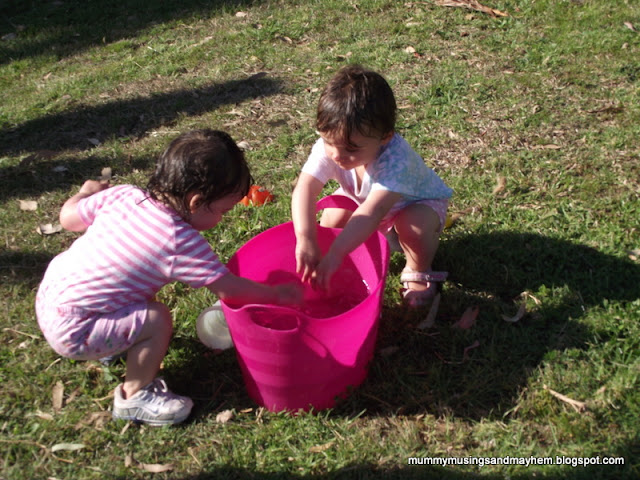 Have you witnessed twins or siblings using this sort of behaviour to communicate when one is experiencing some delays? I'm really fascinated and can't wait to do some research on the subject!

Hope you had a lovely weekend…….