I used to be such an organised Mum when it came to planning and cooking meals…then i had the twins, gave up full time work and became a stay at home Mum. Sounds like it should be the other way around doesn't it? You would think i would become more organised and have more time to plan and cook meals now that i am at home and not rushing in the door at 5.30pm! Well that's what i expected too but so far it doesn't seem to working out that way….and it's time to change that because this disorganisation is not only bugging the perfectionist list maker in me…it's costing us money we can't afford! 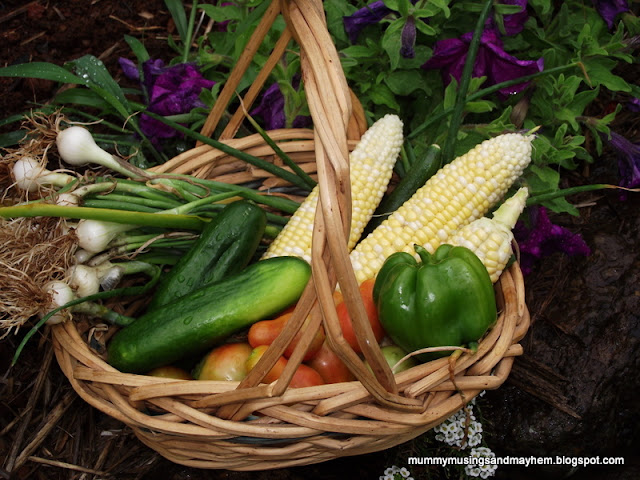 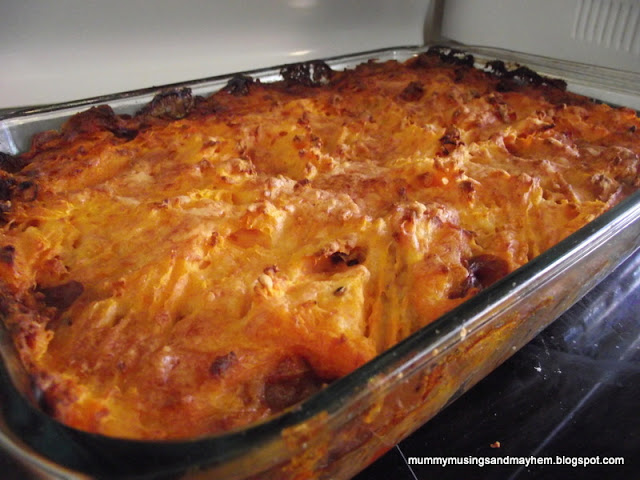 When i worked i used to sit down each weekend and plan out our meals with great care, recipe books strewn everywhere, then off to the weekly shop clutching my little list for groceries, meat and veg.No deviation was accepted! I then spent an afternoon baking for school and work lunches and often even made up some great little salads or sandwiches ready to go for the following week. I only had a teenager during those organised days…. then i had twins and things started to slip…..well that's my excuse anyway.

It has taken me some time to get a new family rhythm going….i've never had twin babies…now toddlers to fit in around my day, i've never been a stay at home Mum before, i've never not crossed everything off my to do list each day before heading home from an office…I've never before lived in tracksuit pants and felt grateful when i get a shower in a 24 hour period….by myself that is! So it has taken a little getting used to and a now i think the time has come to realise we are a family of 5 now…not 3 and things are indeed very different…and they won't be going back to how they were before so it's up to me to set some new strategies in place! 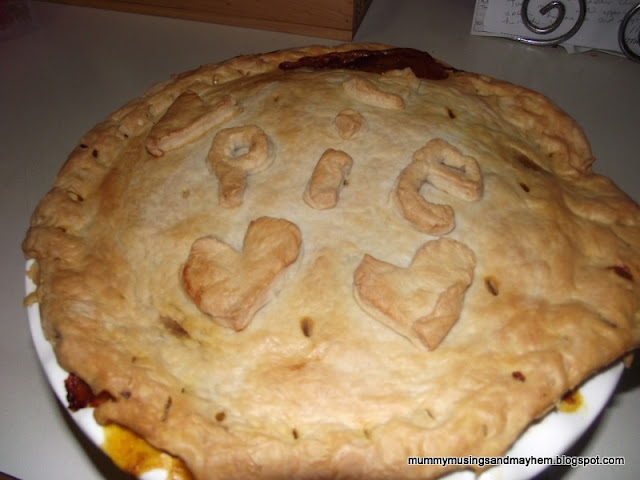 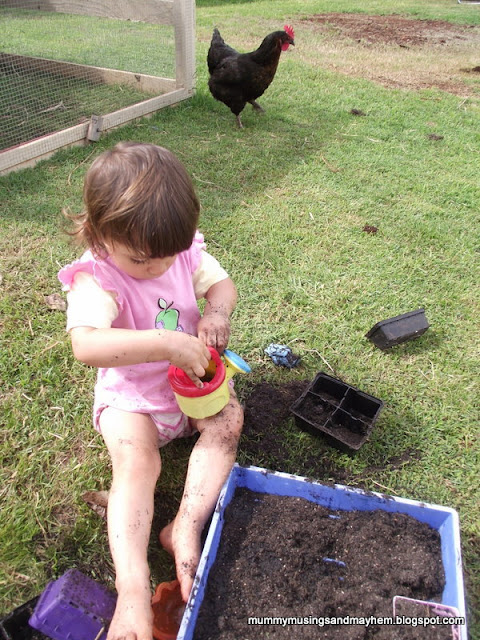 To be fair to myself i do now make a lot of things that i used to buy before and this takes extra time….i make yoghurt and washing liquid, i try to keep a reasonable vegetable patch going and the chooks fed so that they in turn feed us with their glorious eggs and i like to embrace my old inner childcare teacher self and have fun playing and making messes with the toddler twosome. I do still bake and i always try to have a home cooked meal on the table every night but to be honest the ‘chore' of it and the monotony has been wearing me down. 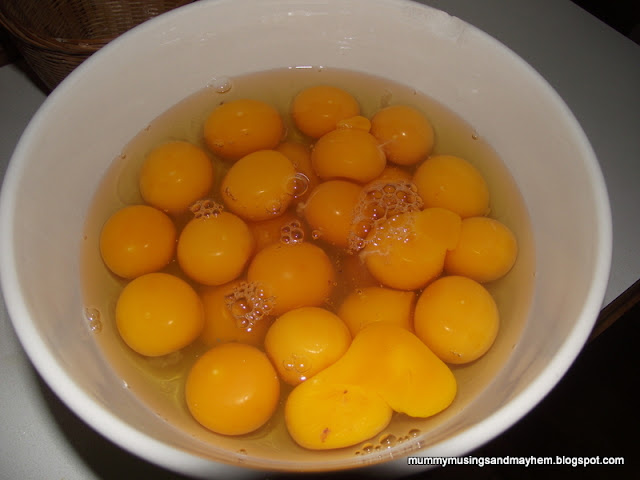 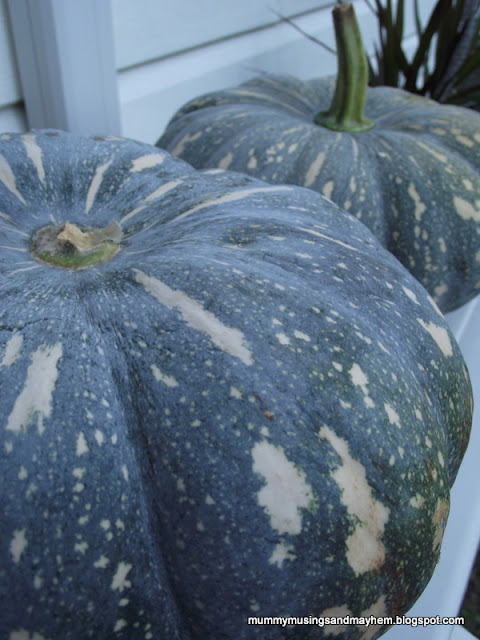 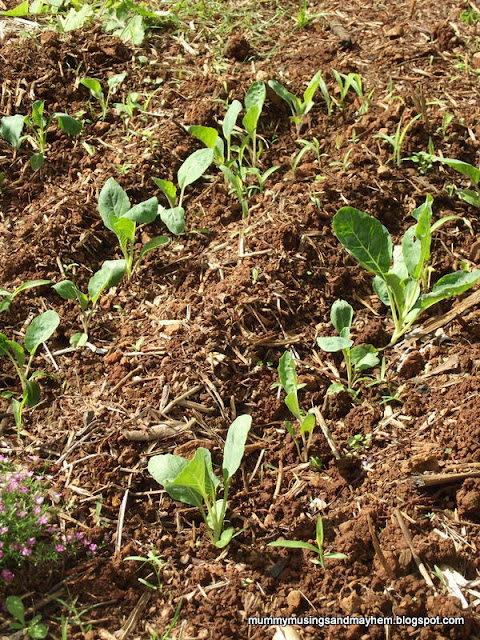 From 4pm here it gets messy…there is lots of whining and leg pulling not to mention a few tantrums and squabbles….and then Miss teen arrives home from school and i need to give some undivided attention there as well (or become a taxi depending on the social calendar of the week…hers' not mine!)And then a little part of me gives up on the planned dinner and it becomes something it wasn't meant to be or we turn to takeaway which is hard on my purse and my hips. I do try to prepare what i can during the twins nap time most days but i have so much to get done during naptime that i often get a little resentful when i have to spend it cooking or prepping…i know that sounds awful…what mother resents having to feed their family? Well, that's how i am often feeling at the moment unfortunately.

I have been attempting to meal plan to try and make things easier and get back to where i used to be but it tends to be scribbled on the back of scrap paper or across the fridge whiteboard which also holds the shopping list and thus often becomes combined prompting me to wonder why i put ‘porcupine balls' on the shopping list…and then i remember i was supposed to be following a plan this week! 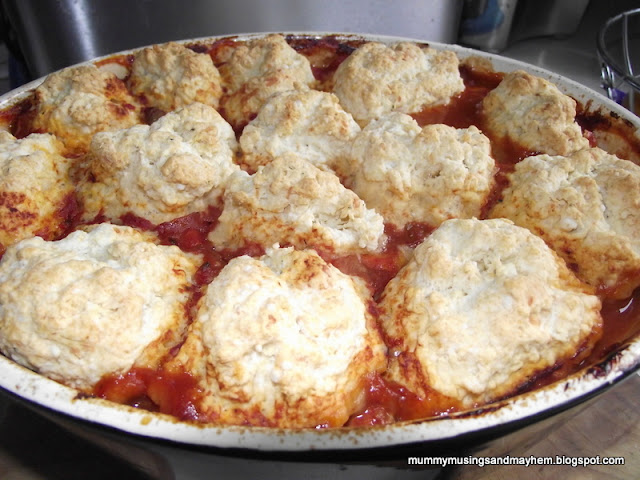 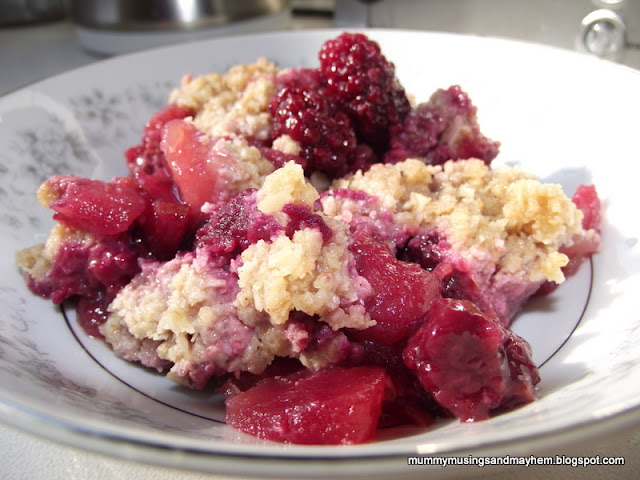 So i have decided i need to go back to using a folder with some plastic sleeves, a meal plan and shopping list for each week. By keeping them in a folder i can also look back over the weeks to gain some inspiration from those. What i need to do differently to how i used to plan though is think ahead to some shortcuts which recognise that the days are full and i don't have as much time to prepare and cook the way i used to….again….i know it sounds odd when i used to work all day but perhaps i was just more prepared than i remember (and we didn't need to eat by 5.30pm!). I also need to incorporate more meals that i can adapt or pull bits out of to make meals for the toddler twosome as i feel like i am making 3 different meals each night at the moment and it is leading to mini meltdowns (from me) that aren't too pretty i'm afraid! 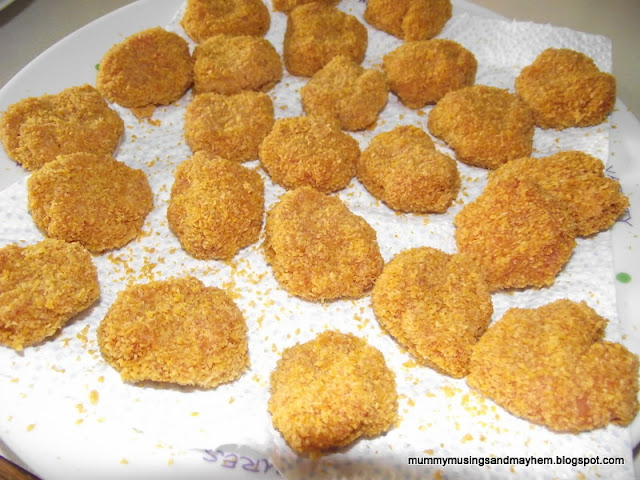 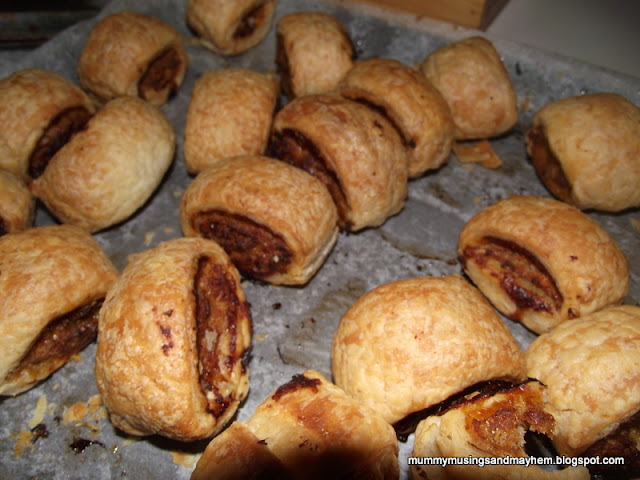 So for now i think i need to go back to some quick, easy and wholesome meals that i can also try with 2 yr olds. I'll save some of our old spicy favourites for the weekends as a treat for the big people and stop trying to make different meals that keep everyone happy. I need to accept that for now i just don't have the time to cook some of the more labour intensive meals that i used to do (i also no longer have a nice relaxing glass of white while cooking said meal….doesn't seem to fit with my new twin mummy role anymore apparently ….) I'm going to try and use the slowcooker more as i love the feeling of putting it on in the morning and not worrying for the rest of day, i'm going to try and do a little more prep at nights (which should be easier as i shall have ‘the plan' to follow!!!)instead of using precious nap times and i'm going to have some back up frozen casseroles ready in case of those just plain awful days when i haven't been able to get to the toilet by myself let alone cook anything! 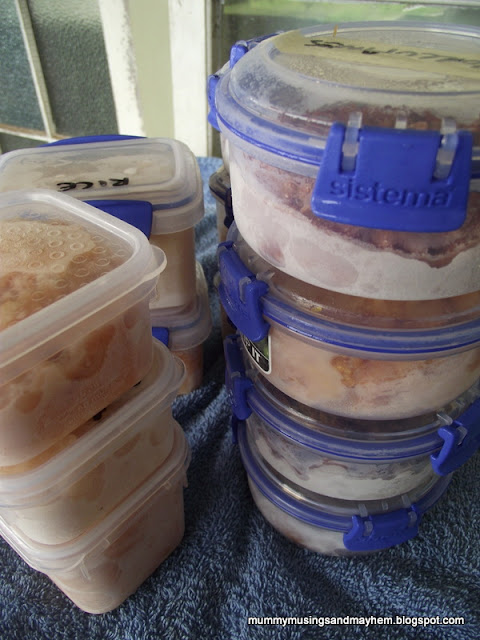 I am also going to keep my fingers crossed (and probably bribe to be honest) that the toddler twosome start developing an appetite and interest in a wider range of family foods and that Ruby's sensory issues with food miraculously disappear (yeah, i know that's not going to happen….goodness it's hard to keep positive about it sometimes though…..i really hope she isn't going to just eat yellow, crunchy things into her teen years because that's going to be awkward!).

OK…i have a plan in place now and to be even more efficient i am going to download and print out one of the fab meal plan lists i have been seeing all over Pinterest rather than spending the time typing or writing up my own. Here are some of my favourites so far!

I also get lots of inspiration from Amie over at Triple T Mum  as she has twins and a toddler under 3 plus a teen and she does fabulous meal plans each week that i always read and which have me thinking (each week….)that i need to get myself organised with meal planning…no more excuses!!! 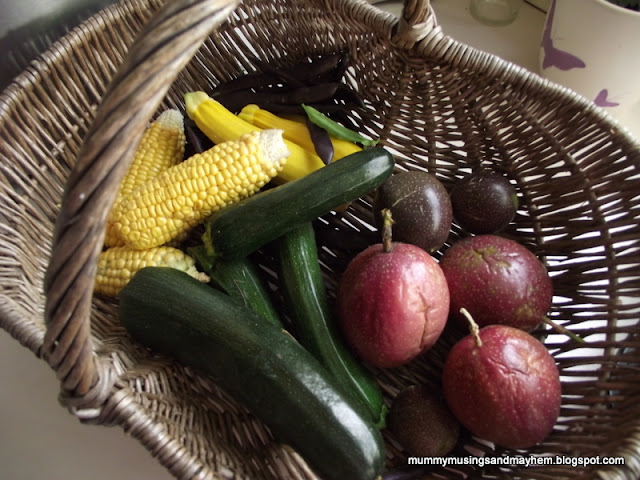 Next week i shall share the folder i have made up and how week 1 has gone. This weeks goal is to stick to the plan…see what works and what doesn't, try out a few different recipes instead of the same old rotation of ones i know by heart (please tell me i am not the only one that does that!!)and also to instigate some timesavers. 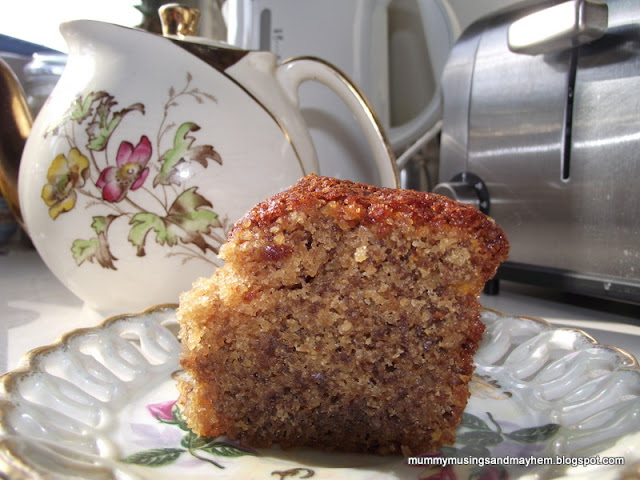 I'll let you know how i go…..time for me to embrace this new family rhythm instead of constantly fighting it and wishing for a time that is no longer relevant to our lifestyle. I have visited so many friendly blogs that have wonderful tips for meal planning each week and it is always such an inspiration…if you have any tips (or helpful blog posts) for me or others regarding meal planning for a family (especially with toddlers!) i would love you to leave them in the comments for us all to share.

I am also collecting lots of great ideas on my Pinterest Organisation Board if you'd like some inspiration too!

I truly need all the help i can get at the moment as i want cooking for my family to become something i enjoy again…not a chore that stresses me and has me snapping at everyone at the end of each day…wish me luck friends…a new journey awaits!!! 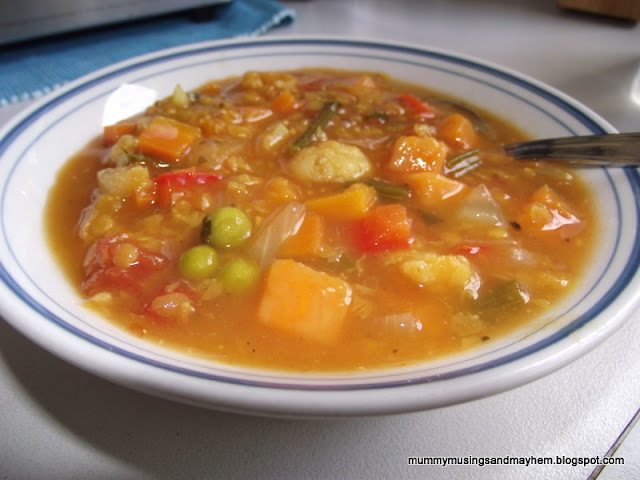 « Muffin Magic… Recipes for Play and Eating!
The Week That Was…Sunshine, Gardening & LPlates! »