I'm always looking for ways to challenge the toddler twosome with some sensory, messy play outdoors and I've noticed on Pinterest lately that there is a lot of play going on with salt…..sensory trays, tracing, painting and so much more. What a fantastic medium….and one that can be reused so therefore budget friendly too!

I decided to start off with quite a basic activity and see how it evolved and how Ruby handled the feel of the salt.

Squeeze Bottles & Salt Tray Fun
To begin the invitation to play i poured some coarse cooking salt onto our large paint tray and added a few of our DIY Paint Squeeze Bottles  and some small spray bottles also filled with water paint.
The girls immediately began squeezing paint into the salt on the tray….. 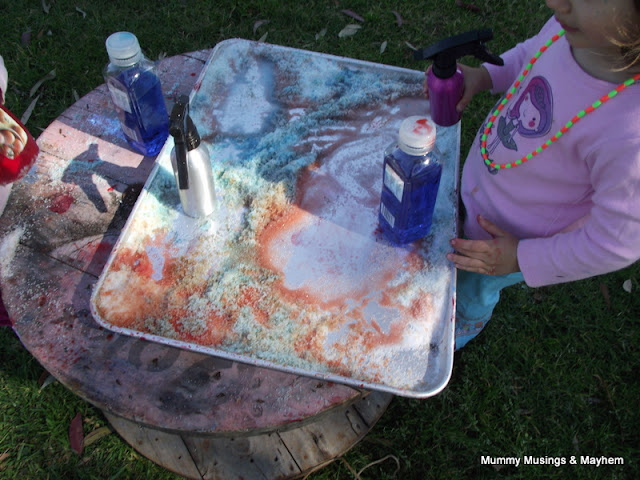 The paint made some great marks in the salt and they soon learnt how to get a pattern going and how to make the white areas of salt turn colourful! 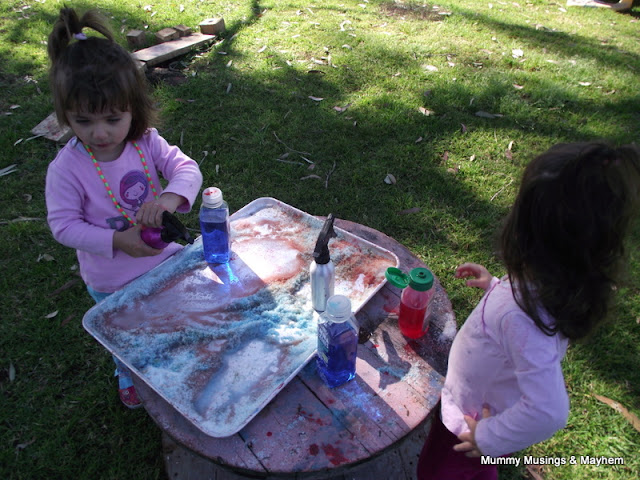 The spray bottles were another matter! The toddler twosome have never painted with them before and i had to do a lot  of modelling with the trigger before they began to understand the concept. It is a tricky fine motor skill for toddlers to master! 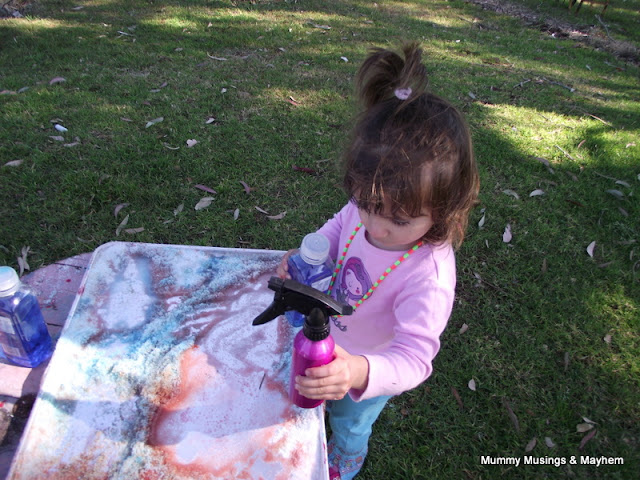 As you can see in this pic….Ruby eventually got the gist of squeezing the trigger to spray but unfortunately  she could only get the right tension with it pointing toward her! 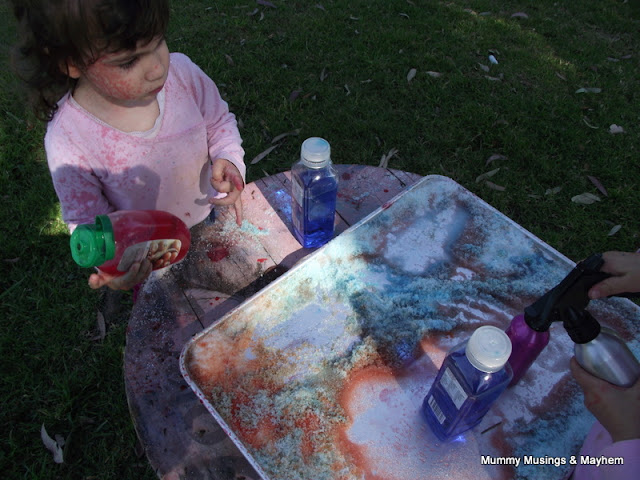 A little 2 handed action here…..Ruby did at first have some concerns when the wet salt began to stick to her fingers but after providing a bucket of water and a cloth where she could go to wash them when she felt uncomfortable it no longer seemed to be an issue for her! 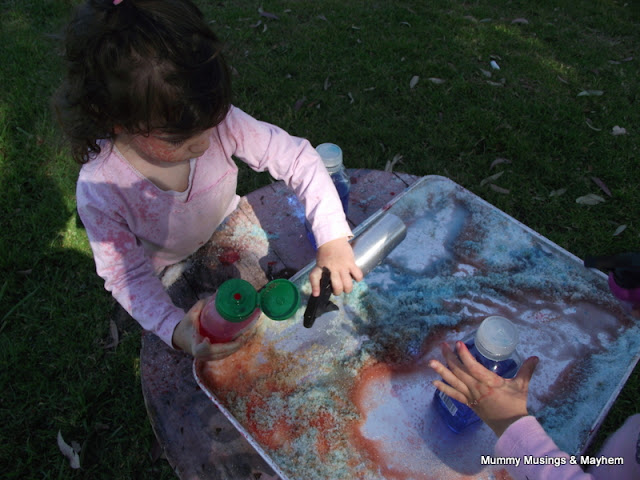 As the salt got wetter the girls began moulding it and then wetting their little ‘mountains'! 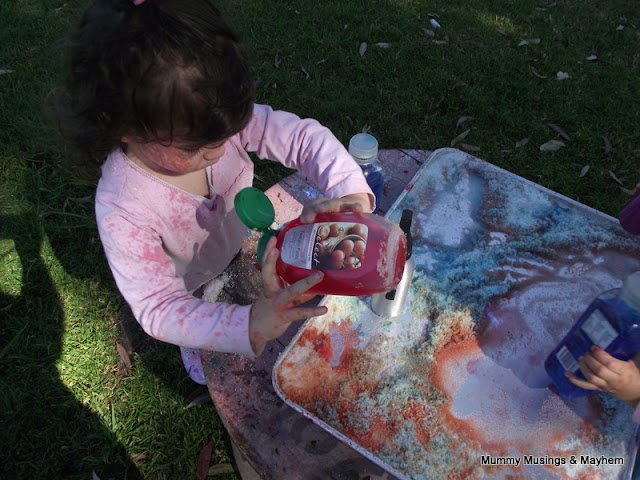 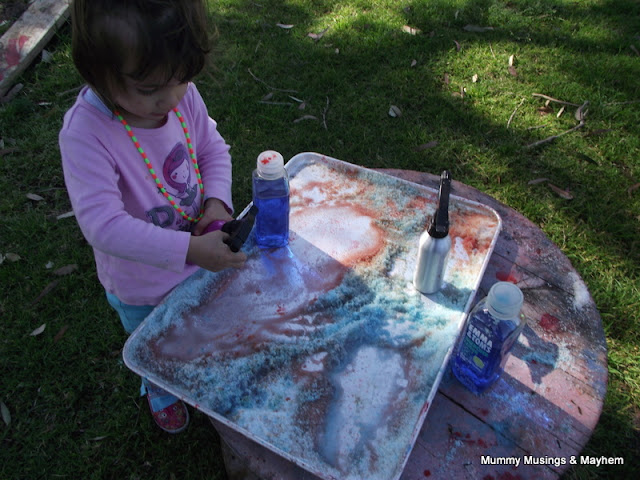 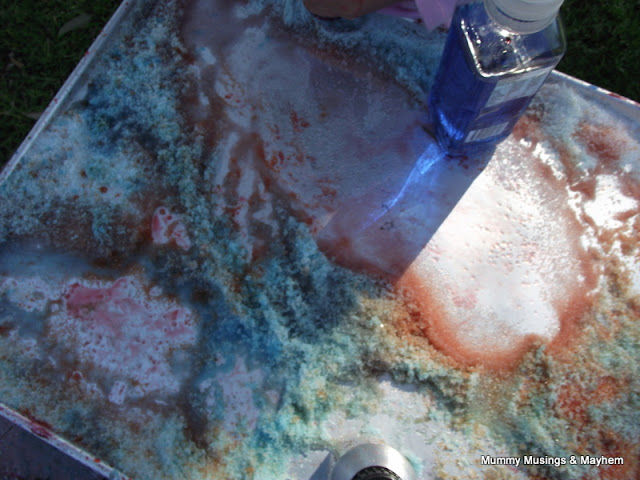 Tara was not letting go of her new friend the spray bottle for anyone though! 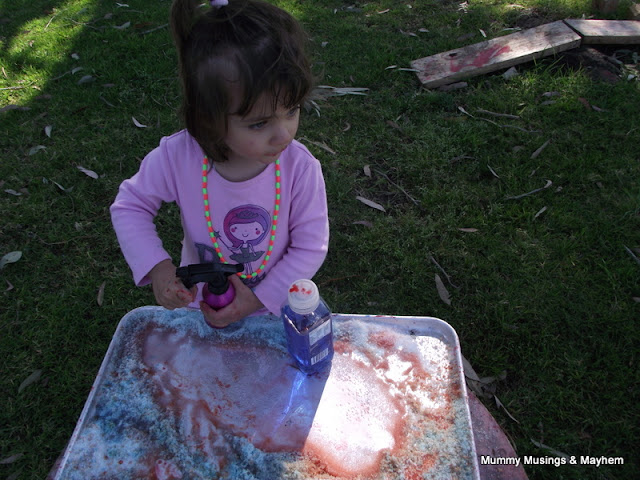 And she stayed with this activity for quite a while making patterns and arranging and colouring the salt! 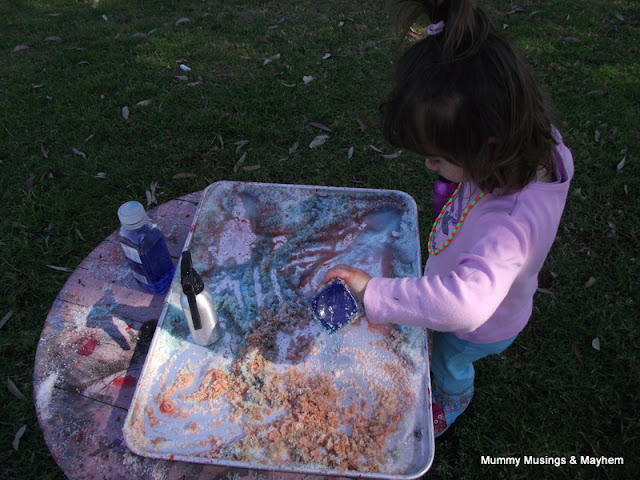 But look out if you tried to take her paint bottles! 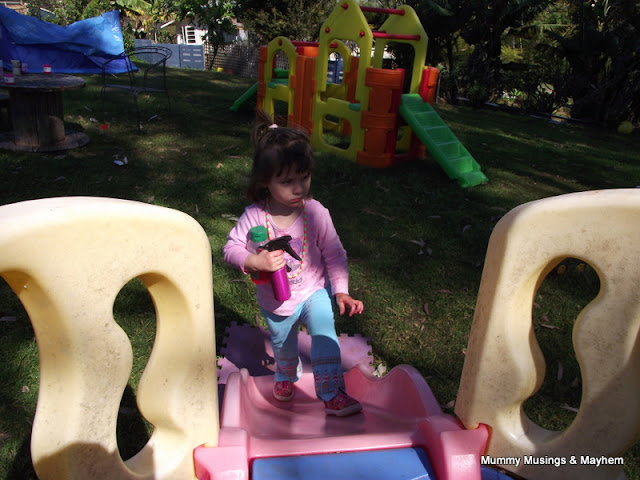 Ruby meanwhile decided the cubby could do with a paint job! 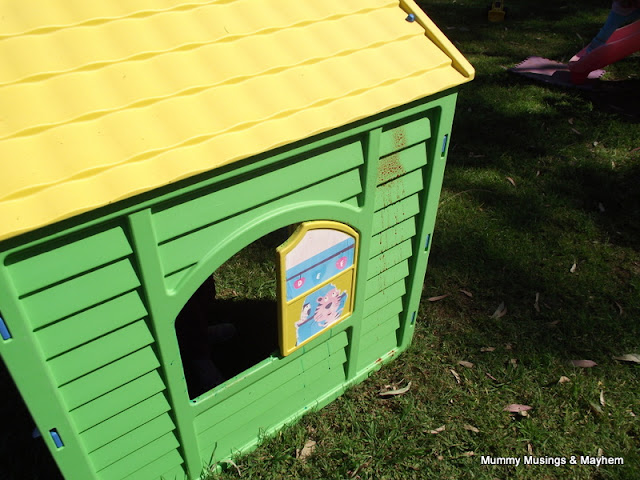 Not to mention herself! 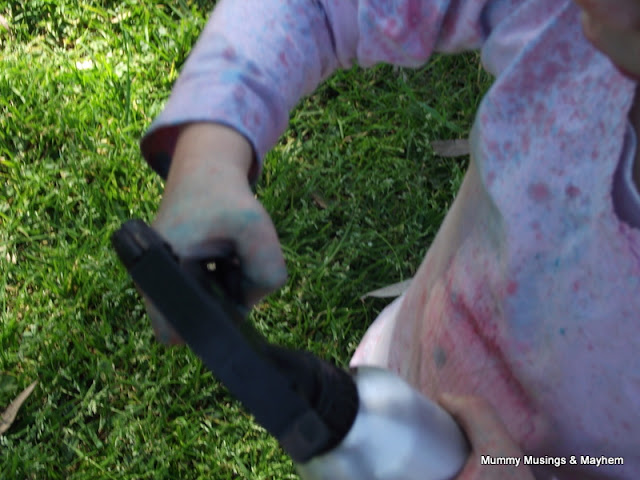 She had so much fun using her new skill to spray paint the inside and outside! 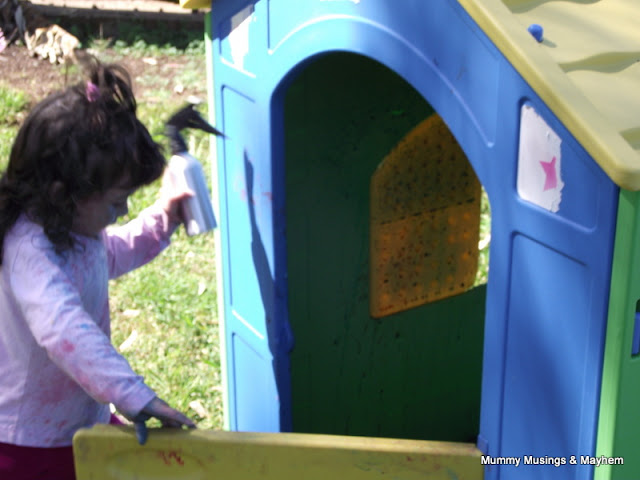 The cubby hosed off easily but Miss Ruby took a couple of soaks in the bath! All in all a lovely morning full of sensory, messy fun outside with the Kookaburras watching us intently…we'll be doing this one again! 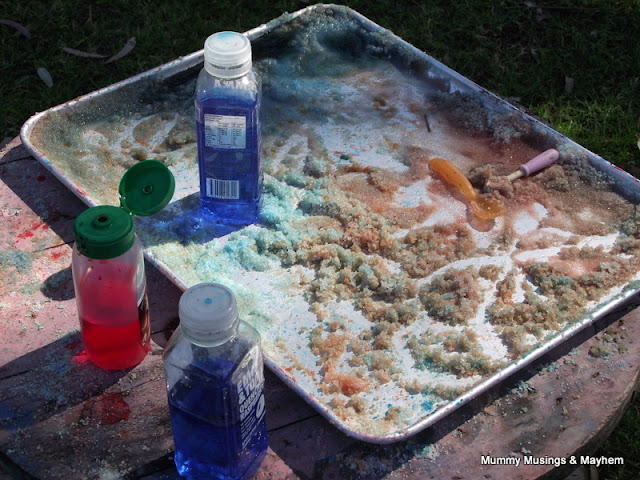 Hope you are having a wonderful week so far……