Spaghetti and meatballs is a new game we have been playing inside and outside….it offers opportunities to practice toddler fine motor skills, balance, coordination and a little gross motor play all at the same time!
It has been perfect to play on our back verandah when the rain and cold winds hit outside. Just the fun needed to run off a little of that toddler pent up energy! The idea for this game was inspired by the girls kindygym class….they simply loved it so i knew i had to try a version out at home and share it with you…so here it is…our…
Meatballs & Spaghetti Game! 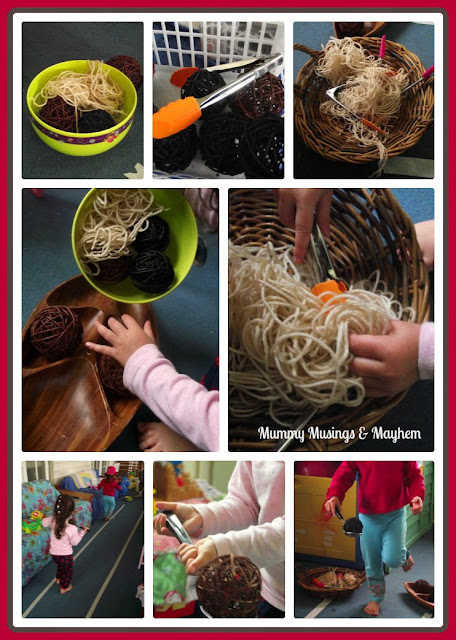 I collected a few of these little decorator balls from the $2 shop when I was last there…a bag of 6 only cost $1.50 so this is one frugal activity! You can use as many or as few as you want as they will just keep reusing them!
These make up our ‘meatballs'! 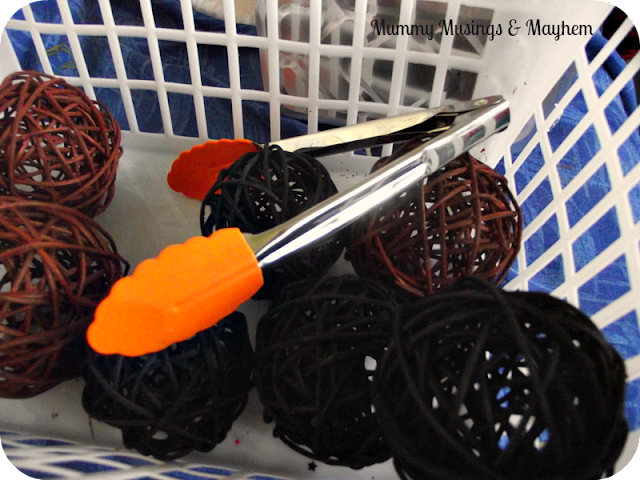 I then cut up some strings of light coloured wool to represent the ‘spaghetti'.… 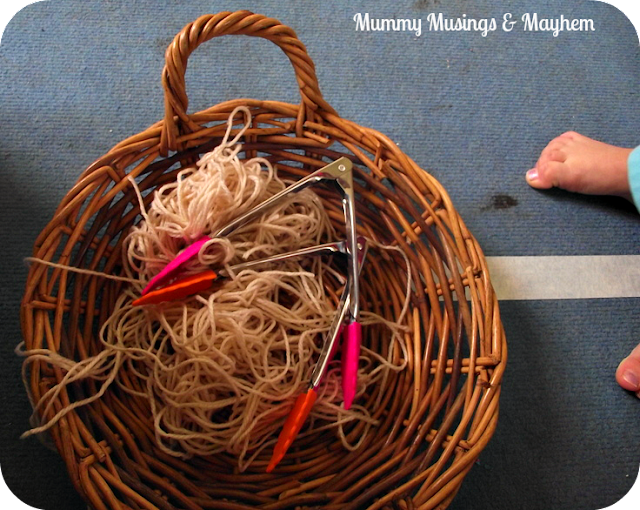 I  placed a basket of ‘spaghetti' and a bowl of ‘meatballs' at one end of the verandah…adding our little tongs (I just love those things for toddler play!) to the spaghetti basket and some large serving spoons to the meatball tray. You could use smaller spoons to to make it a little more challenging for older children.

Before the girls came out to the verandah I had put down 2 strips of masking tape…I placed their favourite cooking bowls at one end of the line and the spaghetti and meatballs at the other.
The idea of the game is to walk along the line (as closely as possible …these are toddlers so it's not about perfection!) pick up either spaghetti with their tongs or scoop up a meatball with the big spoon and then walk back along the line to put their ‘food' into their bowls! 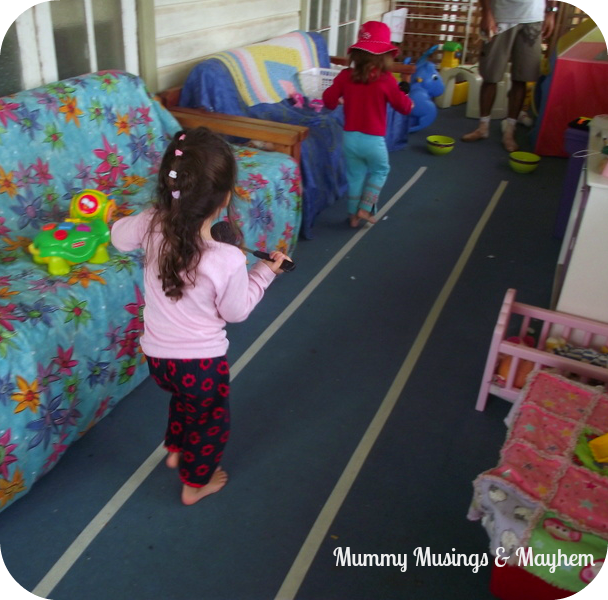 At the end when the baskets are empty they will have a nice bowl of spaghetti and meatballs to play with…the toddler twosome decided to share them with their dolly's before starting all over again!

Picking up the ball and keeping it balanced on the spoon right until the other end of the line needed lots of concentration and balance. As they got more confident they also tried running back down the line!

Ruby still needed to use both hands to grasp and Tara was able to use one once the ball was balanced to her satisfaction! 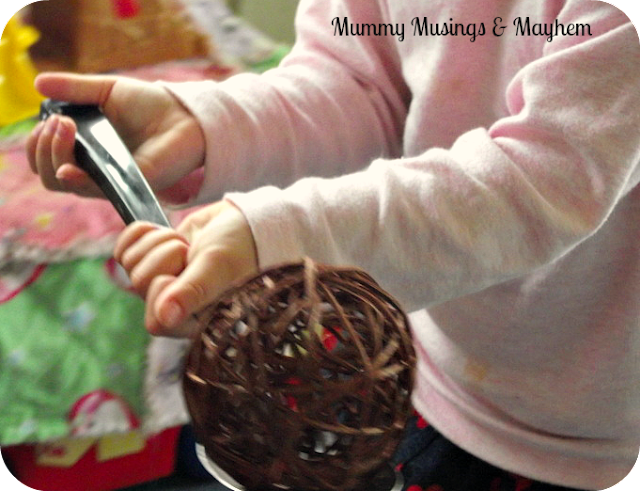 Picking up the wool spaghetti proved to be the hardest part of the activity for both girls and they needed some modelling at the beginning of the game to squeeze and release the tongs.
For younger toddlers I would just take the tongs away and let them just pick up the wool with their fingers or the frustration could prove to great and they won't want to stick with the game.

When they had enough of following the game they extended the activity and made it their own by sorting the balls into the wooden tray and putting wool back into the basket …they moved from bowl to bowl and then began to cook in their kitchen….I left them to it to use the materials as they wanted. 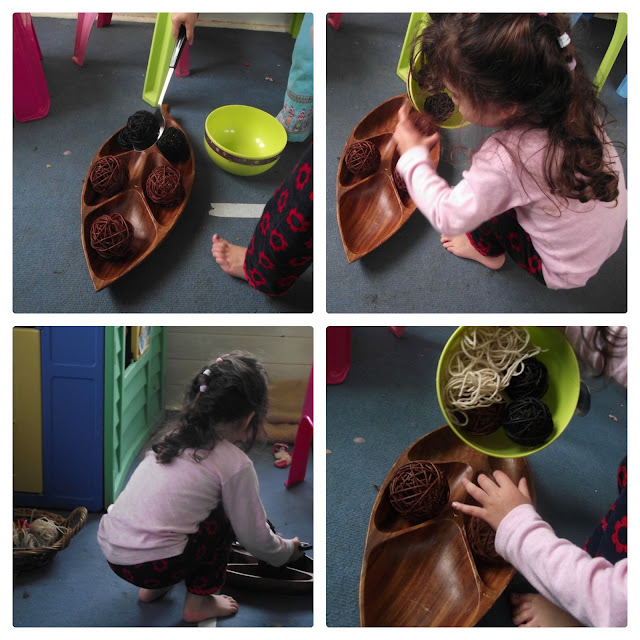 They really did enjoy this activity..there is a little setup required with the masking tape and wool cutting but it didn't take long and it was worth it to see them concentrating, using energy and having so much fun all at the same time! And you can store it all away for another day to use over and over again!
It also offered an opportunity to talk about eating actual meatballs and spaghetti and we had Porcupine Balls  for dinner that night with spaghetti and I am happy to say they both ate everything on their plate for a change!
I hope you give it a try and have as much fun as we did….to make it easier you can leave out the masking tape lines and not use tongs. It works really well as a fun activity outside too!
Here's another playful activity using tongs you might like to try…. 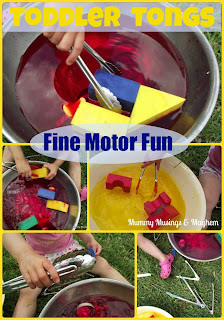