If i am being perfectly honest with you these little Croissant Crabs were borne of desperation after a solid week of fussy toddler eating and flat out food refusal.

It's probably not mother of the year stuff to admit that i am really not loving feeding my kids at the moment. Some days it truly has me at the brink, some days i really just want to give up and give them toast every night…and other days my Mummy determination wins out and i get to enjoy that magical moment when they actually EAT and ENJOY (well seemingly but i will take it!) something i have cooked for them!

Even better is when it is such a simple little food to prepare and also keep in the freezer… (as there will be more of those ‘I don't want to cook something just for them to reject it' nights i know!)

On this particular night i took a few leftovers, added some puff pastry and a little novelty and for some reason all the planets aligned and they were eaten.

Here's how to make them….i hope they prove successful for you too! 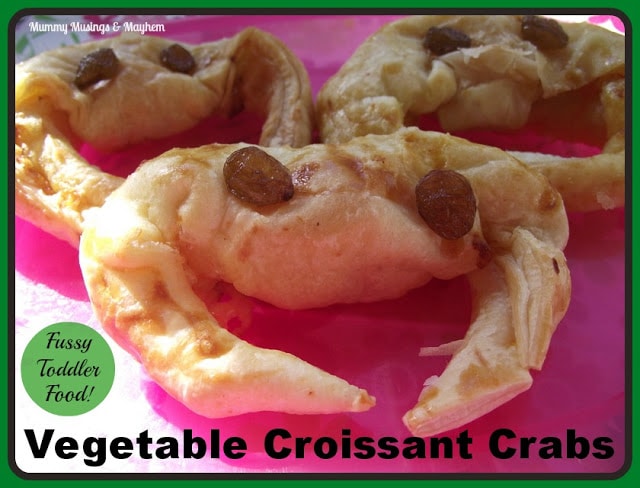 They really are very easy to make and keep in mind that you could use whatever you have on hand, just make sure to throw in a few of the tastes you know your toddler already enjoys eating so that they won't be rejected to quickly!
First you will need a few squares of frozen puff pastry….. 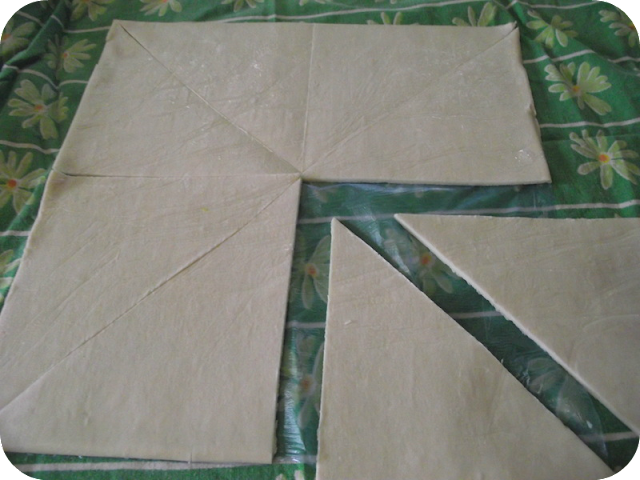 For the Filling you will need….
1/2 Cup diced ham, bacon or chicken (or leave out if you prefer vegetarian)

1/2 Cup grated carrot
1/2 Cup grated Zucchini
1/4 Cup grated pumpkin
1 small tin creamed corn (or you could use corn kernels but my girls won't eat them as yet)
1/4 cup drained brown lentils (I use from the can but you could of course use your own)
1Tblsp Parmesan cheese
1/2 Cup grated tasty cheese
A sprinkling of any herbs your little one tolerates…i used basil and a little paprika!
A little knob of butter or some olive oil for frying.
In a large nonstick saucepan fry all of the vegetables in a little butter or oil until they begin to wilt, become soft and take on a golden colour. Add your diced meat and fry until they begin to brown, at this point add the creamed corn, lentils and then the cheeses. Stir through until the cheese melts and set aside to cool slightly.
When the mixture is cool enough to touch, spread a few spoonfuls onto the flat edge of the defrosted pastry triangles…not to much or the filling will spill out everywhere when you start to roll!
Roll from the flat edge towards the top of the triangle and then shape around into crescents to form your ‘crabs'. Brush lightly with beaten egg.
Place on a greased tray and bake in a preheated moderate oven for 15-20 mins or until the pastry is golden brown and flaky. 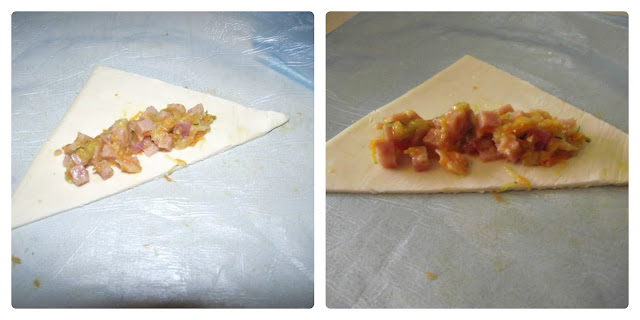 You'll end up with a yummy filling full of goodies that they probably won't even see they will be so busy biting into their crabs!
They are a little moreish i warn you….think i may have had more for the freezer bag if i didn't snack while serving them up…..I did have to test though before giving them to my darling children right? 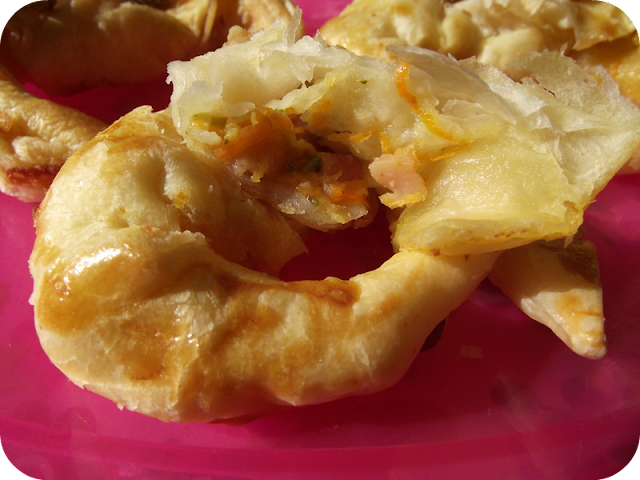 I placed some sultanas for eyes just before serving to add to the novelty factor and hopefully entice the little food critics!

I had to tell them that their favourite bacon and lentils were in there before they would try them though. This is my tactic when trying out a new food. Because Ruby (and also Tara to some degree) is so sensitive to smell and texture, having a familiar ingredient they can smell and see allows them to be a little bolder in their exploration of the new food!

They wouldn't do a chef proud but i think they are quite cute and they did manage to get some protein and vegetables into the toddler twosome neatly disguised as fun food!

Do let me know if you try them with a different filling…perhaps i can give it a try to! 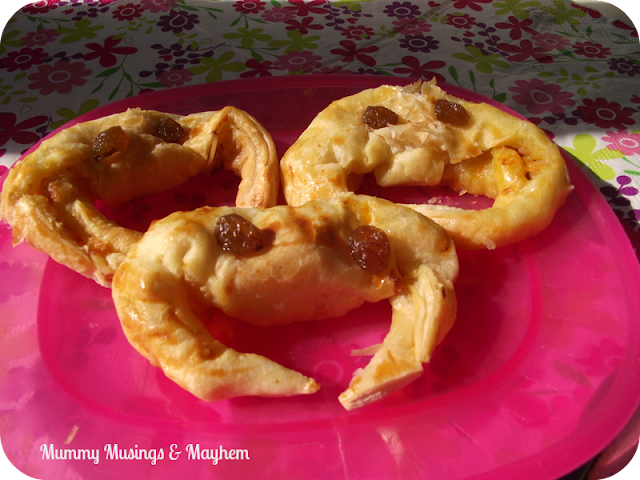 I'm really hoping i am not the only one who wishes their toddler could just get their own dinner for even one night out of the week….or perhaps just eat what i cook for one night of the week 😉

« The Weekly Kid’s Co-Op…Linking up to Fun!
Sensory Sand Art for the Whole Family! »